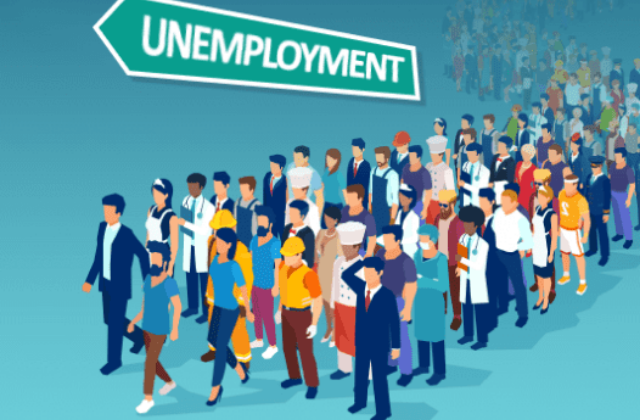 SOLVING THE UNEMPLOYMENT CRISIS IN INDIA

Amongst all the problems that got highlighted during the pandemic in India was the unemployment crisis. According to a report by the Centre for Monitoring Indian Economy (CMIE), the rate of unemployment rose to 24% by April 2020, then dipped to 9.1% in December 2020, and dipped further below 6% in January 2021. Around 95 lakh lost their jobs during the COVID-19 lockdown. Though the statistics show an improvement, we still have the Herculean task of solving the unemployment crisis in India.

Before jumping onto the solutions to the above problem, let’s understand its types, causes, and equal impact on the country’s economy.

TYPES OF UNEMPLOYMENT CRISIS FOR MIGRANT WORKERS IN INDIA

This is the topmost challenge faced by migrant workers. Opportunities of employment arise only during certain seasons of the year, and that too, those of daily wage jobs where exploitation is the most. Rural unemployment in India was at its worst during the pandemic.

Most of the migrant workers don’t have a record of their employment, there is a lack of proper documentation and they face the brunt of the uncertain job climate.

The pandemic gave a very conducive environment for the digitization of many processes which cost a lot of jobs, especially unskilled laborers. Urban unemployment in India requires immediate corrective actions and Sonu for You.

This was the most common cause of employee layoff in large numbers from MNCs, factories, and small-scale industries.

TOP REASONS FOR JOBLESSNESS IN INDIA

India is currently the second most populated country in the world and will surpass China in the next four decades. There is no rocket science in understanding that this is the topmost reason behind youth unemployment in India.

India’s average literacy rate is 77.7%. It is a saddening fact that over 2 million graduates and half a million postgraduates are still unemployed in India.

The majority of the migrants in India are unskilled and hence are unemployable.

Only 19.9% of educated women in India are working. Many female migrant workers who worked as maids, nannies, cooks, etc lost their jobs during the pandemic.

MEASURES TO SOLVE THE UNEMPLOYMENT CRISIS FOR MIGRANT WORKERS IN INDIA

The Pravasi Rojgar app was launched as a platform to connect job seekers with job providers. More importantly, it provides reliable employment to migrants who have been displaced by the COVID crisis. With help from Temasek, we have been able to match over 10 lakh job prospects to migrant workers. Our work is not yet over, and the Temasek team is actively providing job offers for migrant workers. It is one of the initiatives by SOOD CHARITY FOUNDATION, founded by actor Sonu Sood.

His vision is to empower migrant workers and make them job-ready and play a pivotal role in the economic growth and development of the nation.

This campaign also trains workers with the requisite skills to increase their chances of obtaining a good job. Learn Skills, a joint venture between Schoolnet India and the National Skill Development Corporation, conducts workers’ training and skill development.

Basic education will help migrant workers with future employment and they can safeguard themselves from being duped.

With the industry sector booming again, manual laborers will be one of the most demanding jobs in the future. A skilled worker will not have a dearth of employment opportunities in the coming years.

So, if you know a migrant worker who needs a job, helps them by informing them about the Pravasi Rojgar App. Jai Hind.